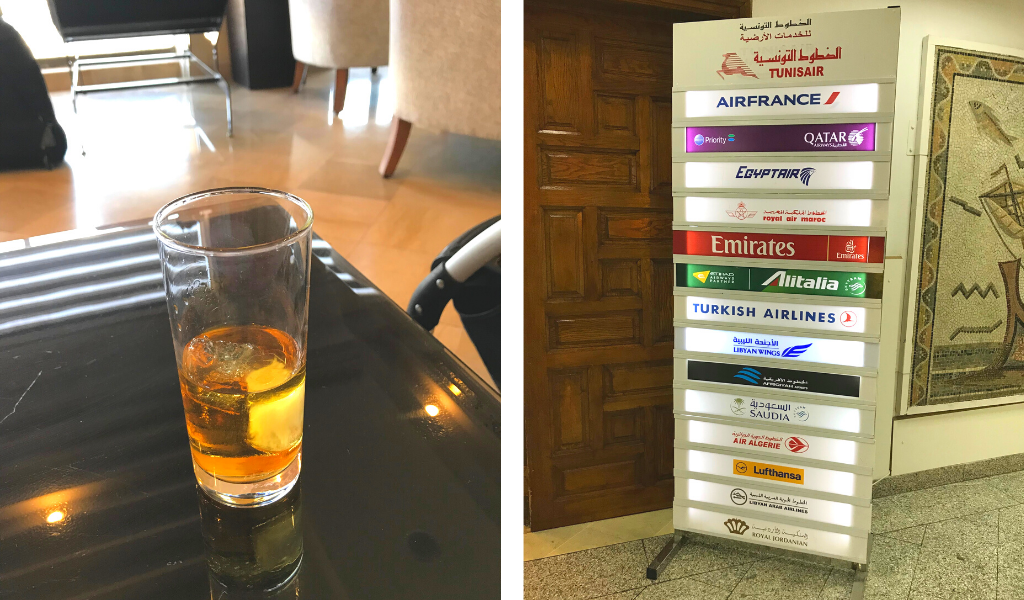 The Escape Lounge in Tunis isn’t the best. Hell it isn’t even good. But it’s still the best lounge at the airport!

It’s a large lounge with decent Wi-Fi, good runway views and premium spirits. Unfortunately my trip was let down by a terrible buffet spread and disgusting toilets. 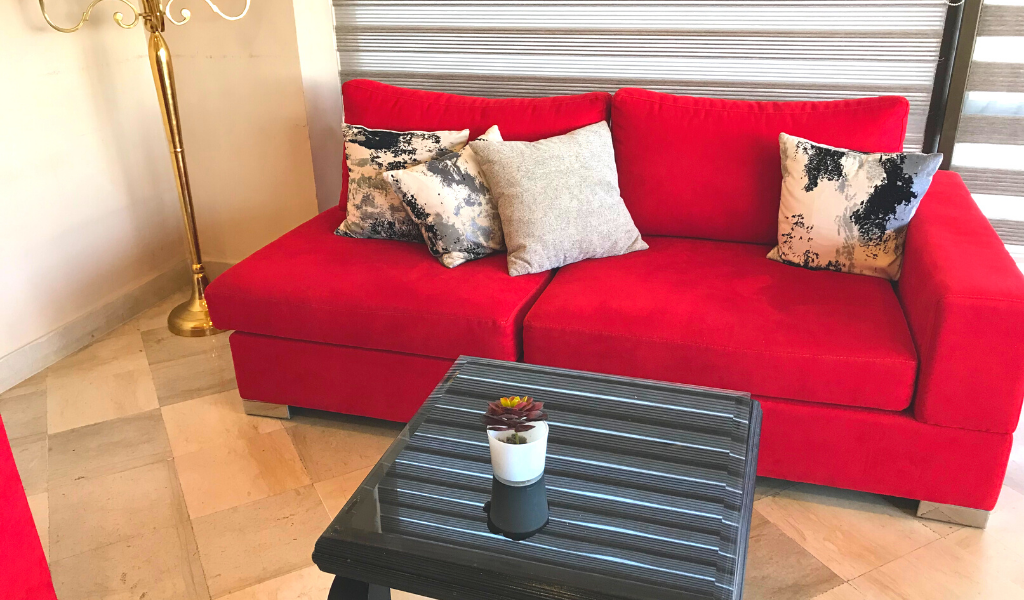 What can be improved 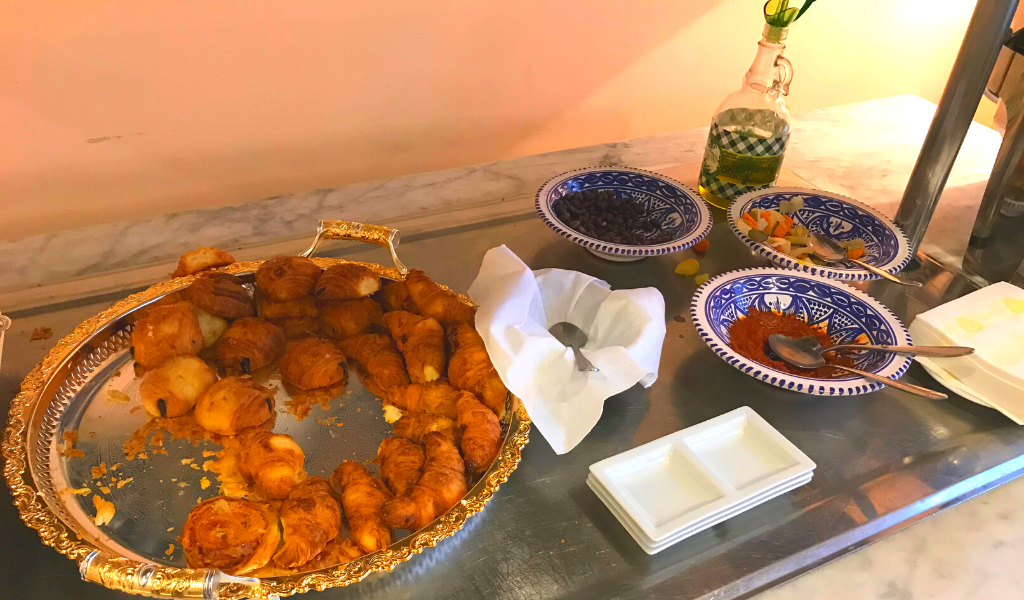 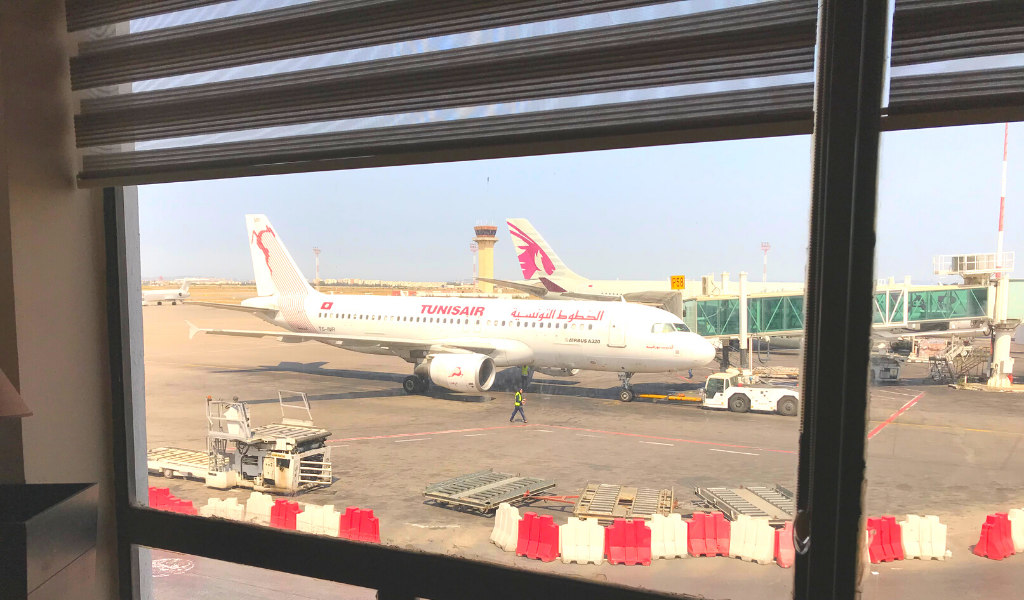 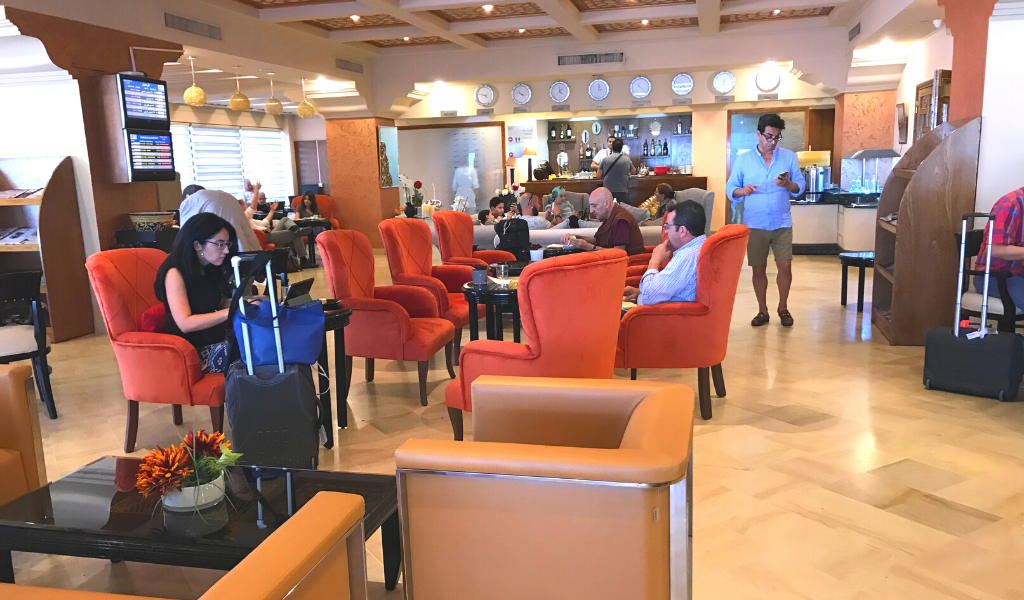 The Escape Lounge is a large space with ample seating. I got entry via my priority pass - but it’s also used by business class passengers from most airlines. I've uploaded an image of the board at the entry of the lounge.

The lounge consisted of a tiny buffet spread, full bar and runway views. And that’s about it! For me, the best thing about the lounge were the runway views – I have attached an image above. If you like runway views, check out this beautiful shot of a Gulf Air Dreamliner in Heathrow Terminal 4!

It’s worth mentioning that Tunis Airport is one of the worst I’ve been to. There’s not enough seating, hardly any food options and absolutely nothing to do. 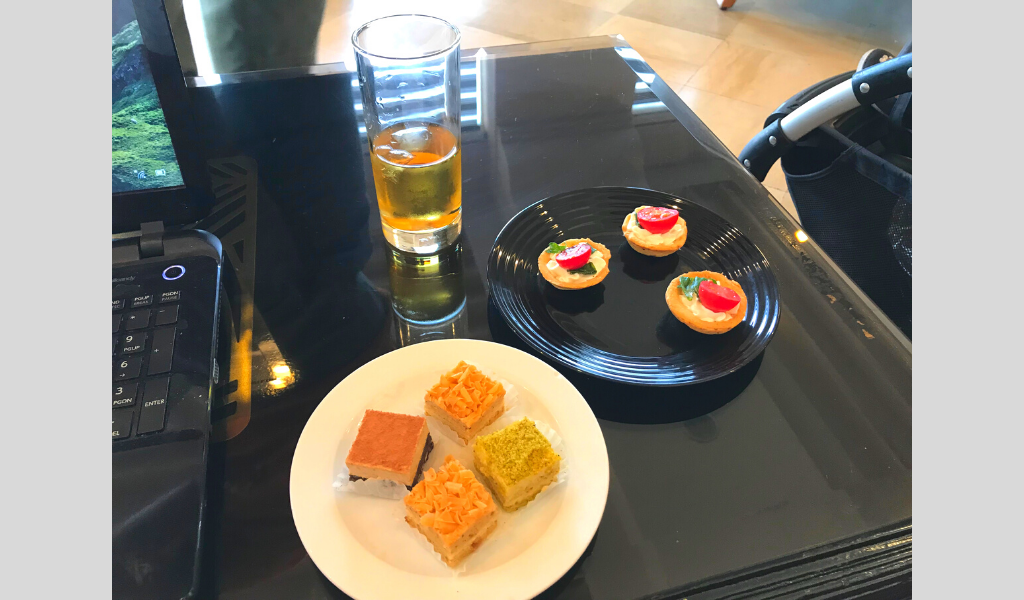 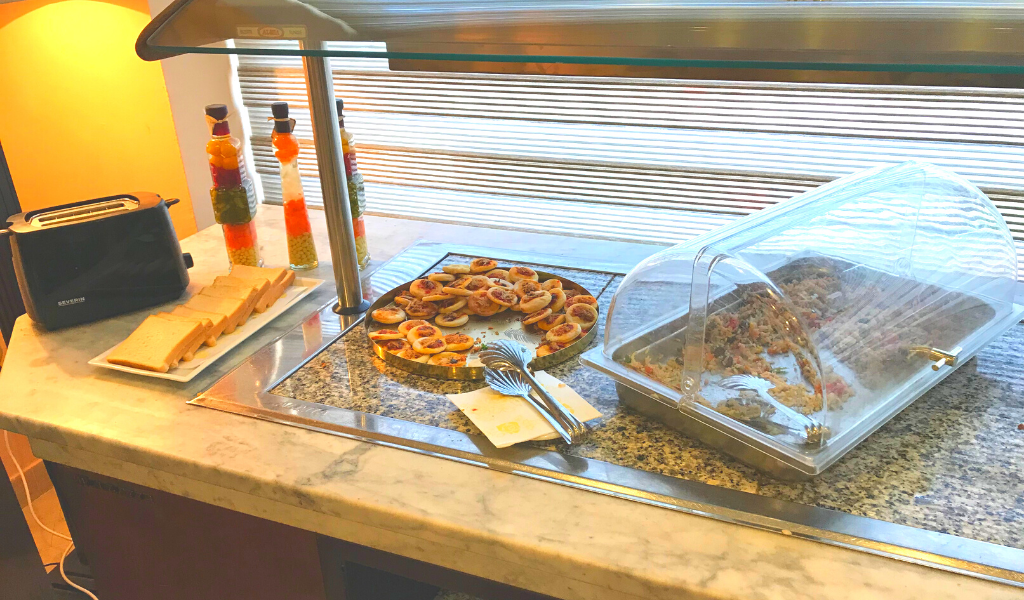 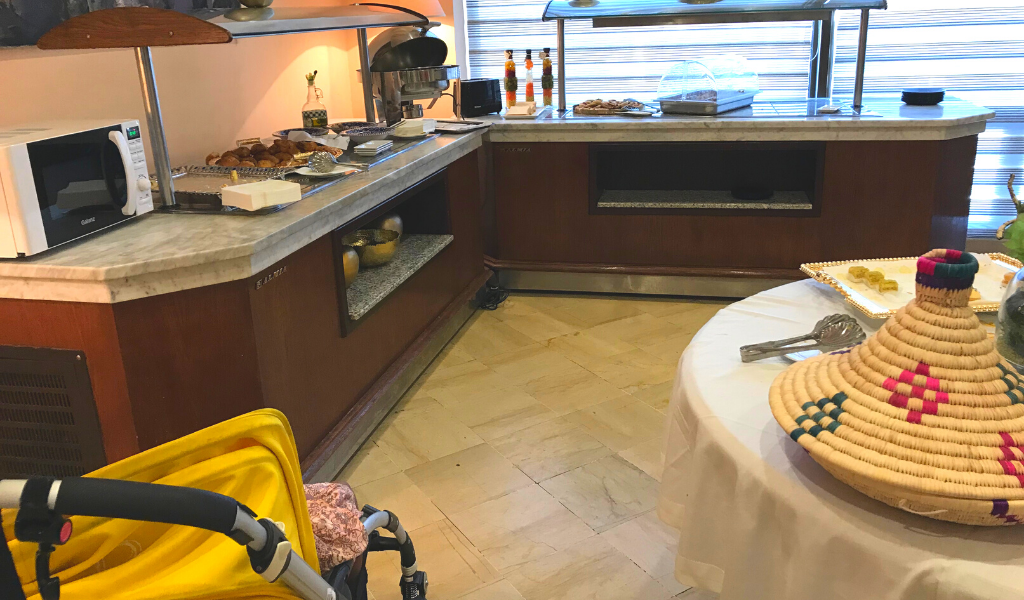 The buffet was sad and embarrassing, as the photos above show. The choice consisted of some canopes and some miniature cakes, and that’s all.

Poor quality food is one of my biggest bug bears about airport lounges. I look forward to spending an hour in an airport lounge before my flight, and having my own space. I think that decent food, alcohol and coffee are the bare minimum of what’s expected. There’s no reason why lounges can’t provide decent food – it’s just laziness and stinginess that stops them. Unfortunately, many lounges have terrible food. Examples include The Lounge in Dublin and the Plaza Premium Lounge in Ahmedabad, India.

I took a couple of canopes and cakes, and they were perfectly acceptable. A few minutes later, I came to regret my decision in a big way. At the buffet, I saw a man pick up a canope with his hands and then return it to the table. Later on, I was waiting to use the toilet. There was a member of staff in front of me, and he left the toilet without washing his hands!! Aggggghhhh! Even thinking about this makes me feel ill..

The food options inside the Terminal were awful too. I could only find sandwiches when I was there.

On a side note, the toilet was absolutely filthy - rather like a student bar at 1am on Thursday night. No photo on this occasion! 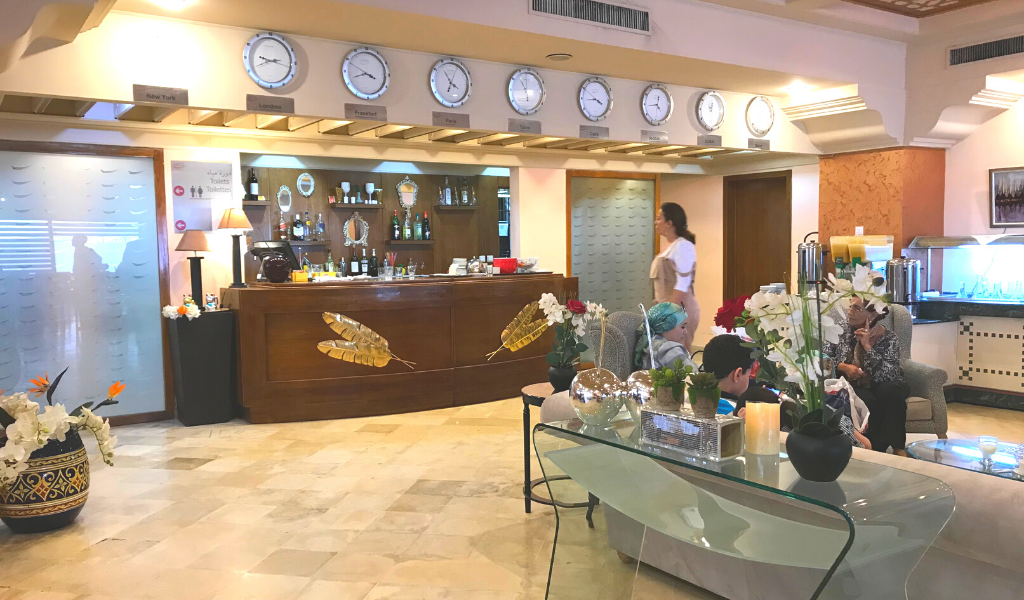 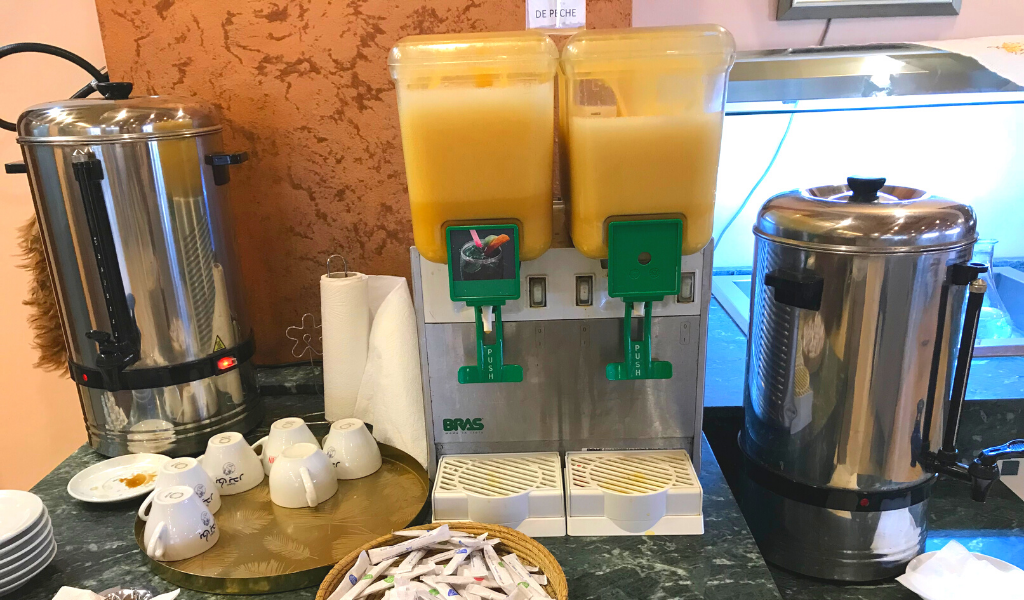 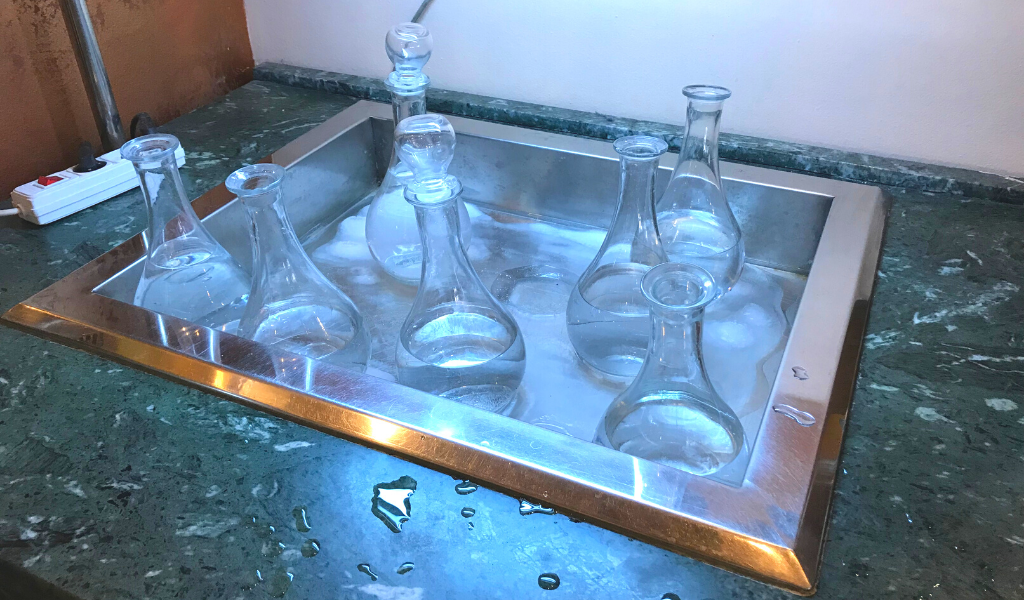 There was a bar which served alcohol. They had premium spirits including Smirnoff vodka, Johnny Walker Red label and Ballentine’s whisky. I went for a Ballentine’s whisky, as it’s one of my favourite scotches, and they gave me a massive portion! 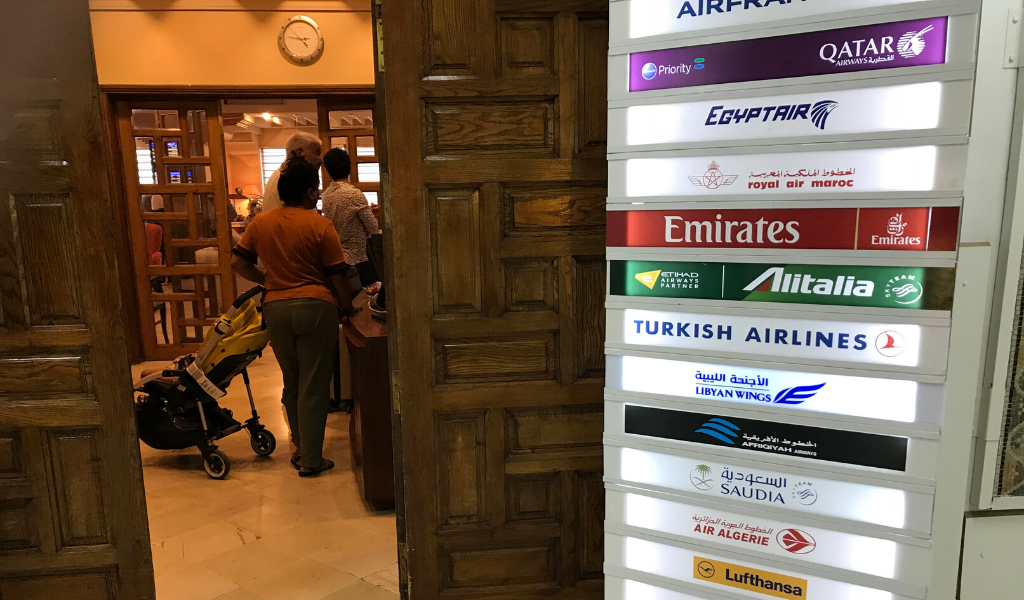 Airport lounges outside of major cities in Europe and Asia rarely impress. The Escape lounge in Tunis was no exception. While the space and the seating were nice, the food was horrible, and staff hygiene unconscionable. If you find yourself in Tunis airport, this lounge is still your best bet to get some space and use wi-fi. As long you do not expect any more, you’ll be fine.

Have you been to the Escape lounge in Tunis? Was your experience better with then mine? Let us know in the comments.