How will coronavirus change travel? 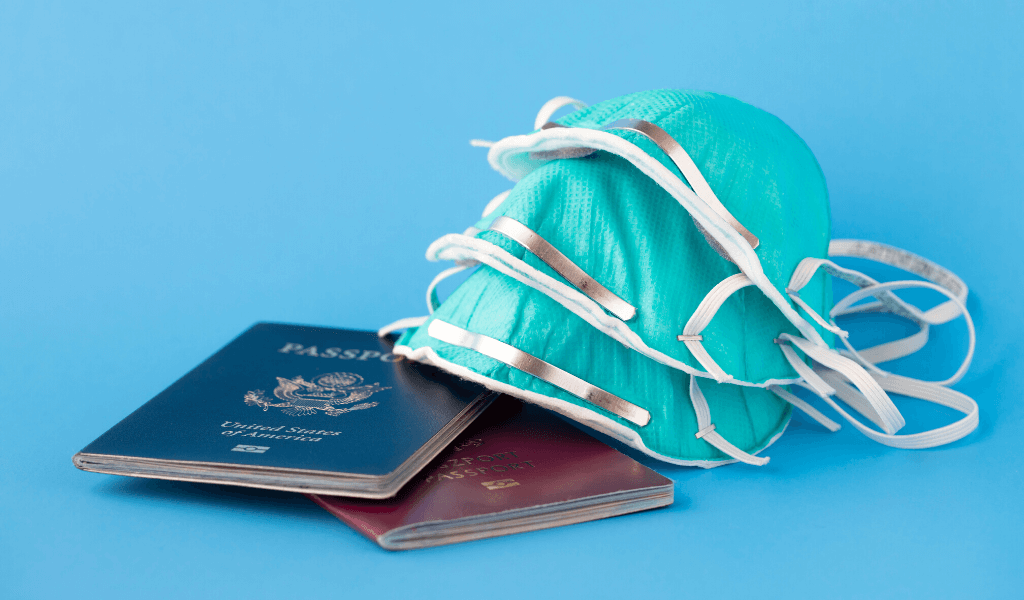 The coronavirus has changed everything. Hundreds of thousands are dead, hundreds of millions have lost their jobs and economies are in freefall. It sounds like a disaster move, but this is the new world we live in. What’s more, the coronavirus has no plans to go anywhere soon.

So what does this mean for travel? At the outset, covid-19 basically stopped the industry dead in its tracks. Countries have closed borders and cancelled visas. Hotels were shut and airlines have been bailed out worldwide. As bad as things are, people will travel again – nothing in life is permanent. So what will travel look like going forward? In my view, things will be very different for a long time. In this article, I tell you why. I also wrote a separate article on how long social distancing will be with us.

All of the images in this article pop out into a slideshow. 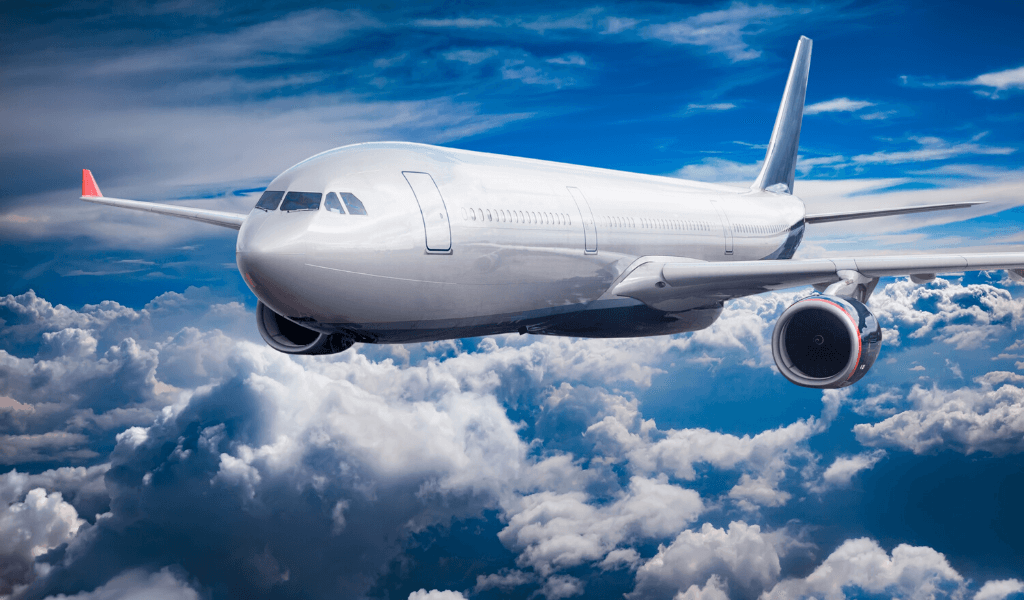 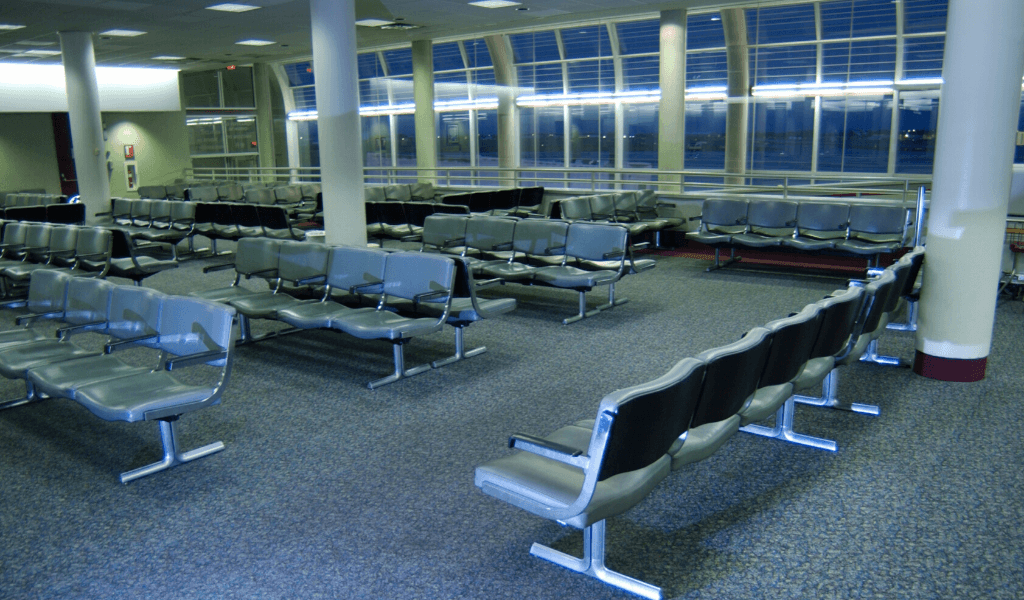 The coronavirus has been a catastrophe for airlines and their employees. Most airlines have grounded their entire fleet. Those airlines that are flying, only have a tiny number of flights. All airlines are haemorrhaging money and cutting staff. British Airways announced that they would cut over one quarter of their global workforce.

The majority of airlines worldwide are now insolvent. In another industry, these companies would be allowed to go bankrupt. However, Governments won’t let this happen. History has shown that Governments will always step in to save airlines. Events like 9/11 and the great Recession had a devastating effect on the airline industry. However, airlines survived and thrived again, thanks to Government bailouts.

Virgin Australia is the 2nd biggest airline in Australia, and they filed for bankruptcy due to the coronavirus. They’ve now been bought by Bain capital, and will continue to fly.

When we come out of this crisis, I expect that many airlines will be nationalised and state owned. This will be similar to the great recession in 2007, when Governments nationalised banks. 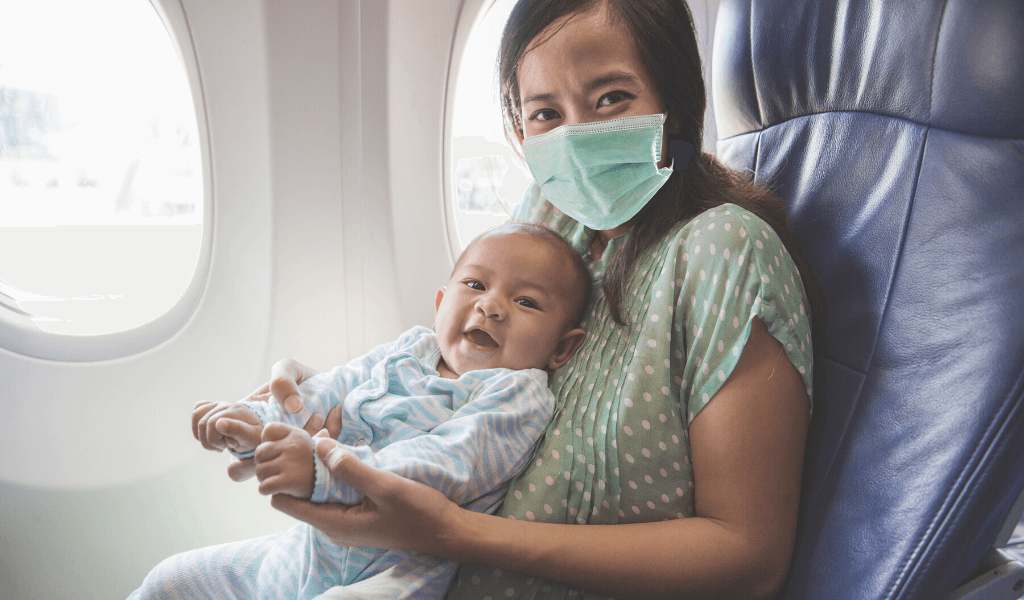 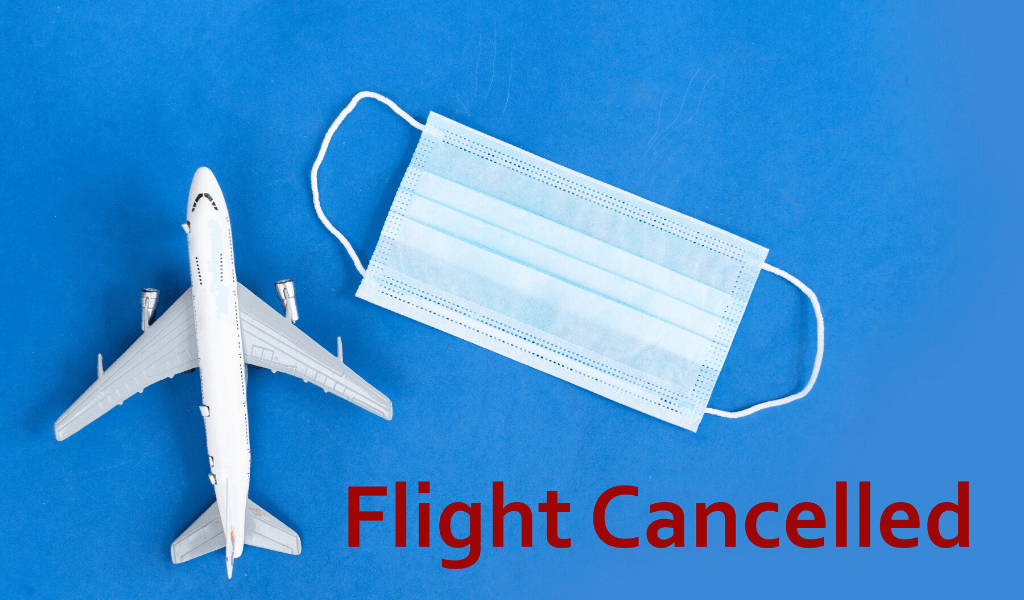 So what will flying be like in the era of covid-19? It looks like the middle seat will be a thing of the past for a while. As much as possible, flyers will need to stay safe while flying. Empty middle seats, gloves and masks will become standard for all flights.

Will this mean higher prices to take flights? At this point, it’s impossible to tell. There are two changes that will affect prices – and these changes are pulling in opposite directions!


I expect the collapse in demand for flights to be deep and prolonged for a number of reasons. Business travel will be curtailed as people work remotely. Leisure travel will be curtailed due to lockdown restrictions. Demand will reduce in general as economies have collapsed and people have less money. So even if airlines have to keep middle seats empty, they may still struggle to fill up the aircraft.

One thing that I do expect is some great deals for business class and first class travel. Demand has fallen off a cliff and airlines will need to fill these seats. The only solution will be to have aggressive sales. 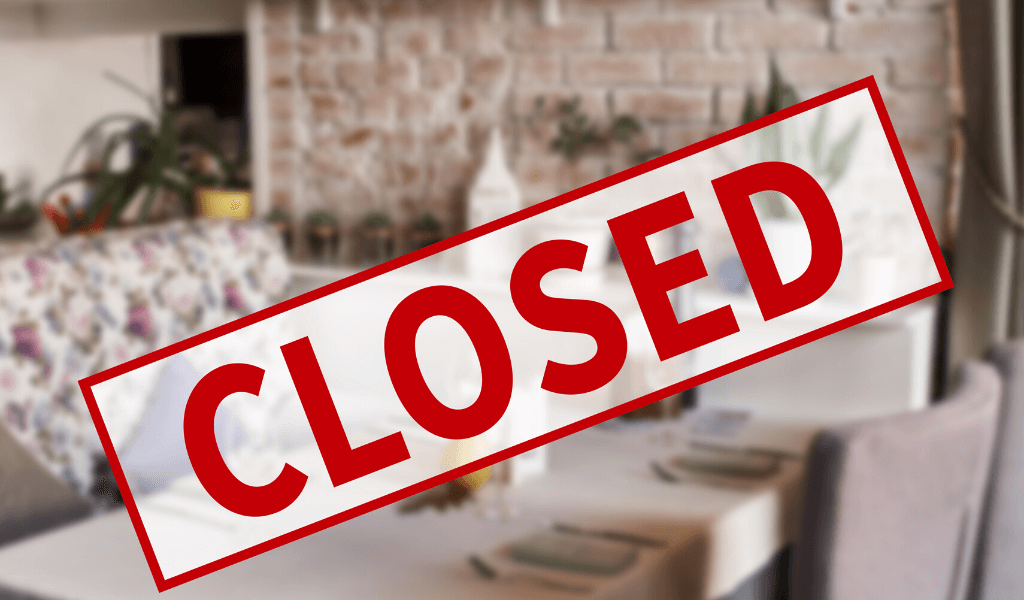 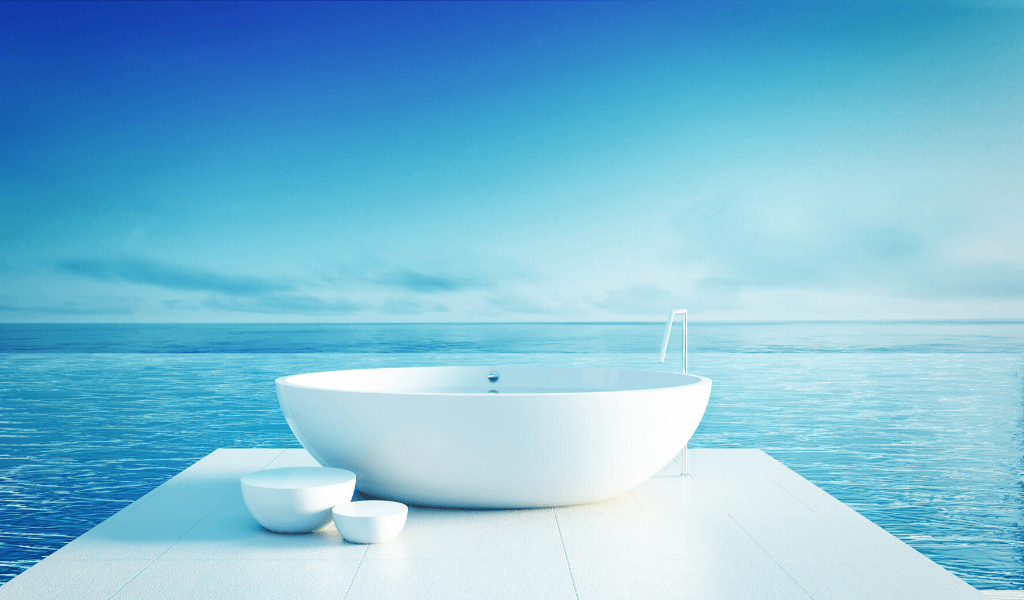 The hotel industry has suffered a catastrophe of similar proportions to the airline industry. Most hotels are shut right now, and millions of people have lost their jobs. Sadly, they will not benefit from the same bailouts that the airlines get.

Demand for hotel stays has fallen off a cliff and will remain there for a long time.


A lot of hotels that have shut down will never open again. Those that will reopen will find it hard to get people to stay. Hotels will need to find ways to attract customers – they will need to lower prices. This could mean great deals for those people that can travel. There may be offers at luxury hotels like the Intercontinental Paris and the Park Hyatt Siem Reap. 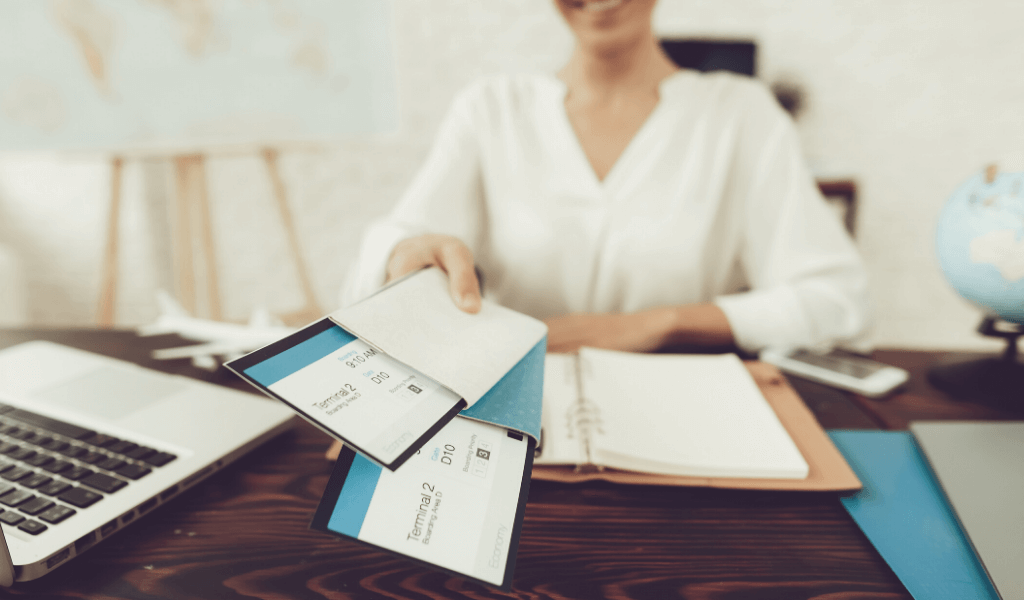 Covid-19 has been a disaster for online travel agencies. Many of these travel agencies are located in low cost locations like Malta and Greece. To state the obvious – nobody will be bailing them out.

If there is nobody travelling, then online travel agencies will have no income. Many of them will go out of business. This may be a good thing, as many of these companies are frankly scams. They often charge excessive amounts for minor changes and refuse refunds, even when they are legally obliged to pay.

Seasoned travellers don’t book with Online Travel Agents. They book direct – I explain why in this article.

The return of Staycations 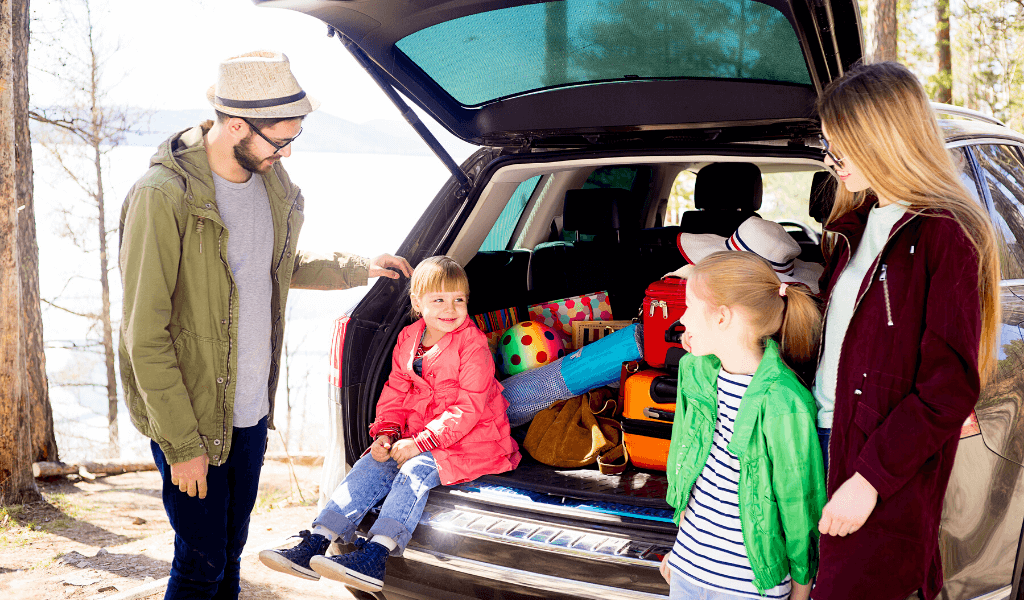 Covid 19 will lead to the return of staycations. With air travel severely restricted and people’s incomes diminished, we’ll see a big increase in domestic vacations.

Staycations became very popular after the great recession in 2007, and the same will happen as a result of the coronavirus.

I’m based in London, so this means I’ll get to explore more of the UK! I love travelling the UK, but it does mean that warm weather holidays won’t be possible for a while! 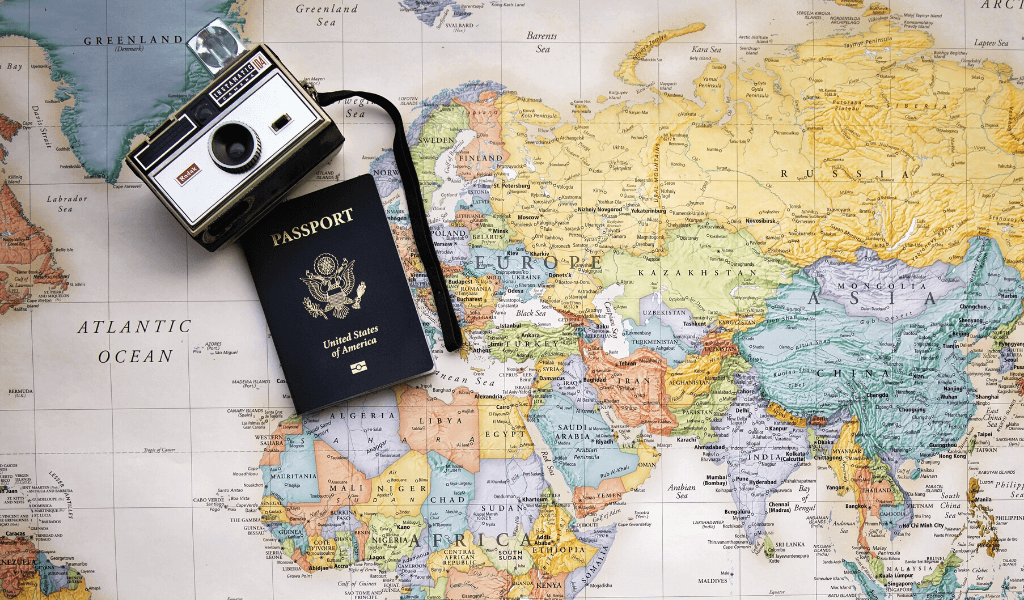 The coronavirus has changed travel in deep and permanent ways. Millions of jobs have been lost and will never return. However, I do expect to see some amazing opportunities for those that can travel.

So what do you think will happen to travel as a result of Covid 19? Let me know in the comments below.

I’ll be happy to write articles that talk more about travel and the coronavirus. I think this is more useful than trip reports right now. This website is a custom website built by a web designer. It’s not based on a template, which is why it looks so much better. If you’re starting up a blog, you probably don’t want to spend the money on a custom website. I think Wordpress is pretty good to startup a blog as there’s loads of templates available. If you do need a custom website, I have a service that can build custom websites. I’m based in London, but most of the team is based in Mumbai. Because of this, we can build amazing websites for 1/3 of the cost of the US. Full details are on my other blog. https://evolutionblogger.com/web-design-services

Hey! This post could not be written any better! Reading through this post reminds me of my old room mate! He always kept chatting about this. I will forward this post to him. Pretty sure he will have a good read. Many thanks for sharing! https://vanzari-parbrize.ro/parbrize/parbrize-daewoo.html

Hey! This post could not be written any better! Reading through this post reminds me of my old room mate! He always kept chatting about this. I will forward this post to him. Pretty sure he will have a good read. Many thanks for sharing! https://vanzari-parbrize.ro/parbrize/parbrize-daewoo.html

It's amazing to go to see this web page and reading the views of all mates concerning this piece of writing, while I am also keen of getting know-how. https://parbrize24ore.ro/oferta-parbrize.php?an=2001&produs=luneta&marca=AUDI&model=A8+%284D2%2C+4D8%29+&foto=parbriz-audi.png

It's amazing to go to see this web page and reading the views of all mates concerning this piece of writing, while I am also keen of getting know-how. https://parbrize24ore.ro/oferta-parbrize.php?an=2001&produs=luneta&marca=AUDI&model=A8+%284D2%2C+4D8%29+&foto=parbriz-audi.png

Hi there, I enjoy reading all of your article post. I wanted to write a little comment to support you. https://vanzari-parbrize.ro/parbrize/parbrize-daf.html

Hi there, I enjoy reading all of your article post. I wanted to write a little comment to support you. https://vanzari-parbrize.ro/parbrize/parbrize-daf.html

Nice respond in return of this matter with genuine arguments and explaining the whole thing about that. https://parbriz-luneta.ro/Parbriz-suzuki-vitara-2001.html