Promote your blog on Twitter. Hack your first 1,000 followers 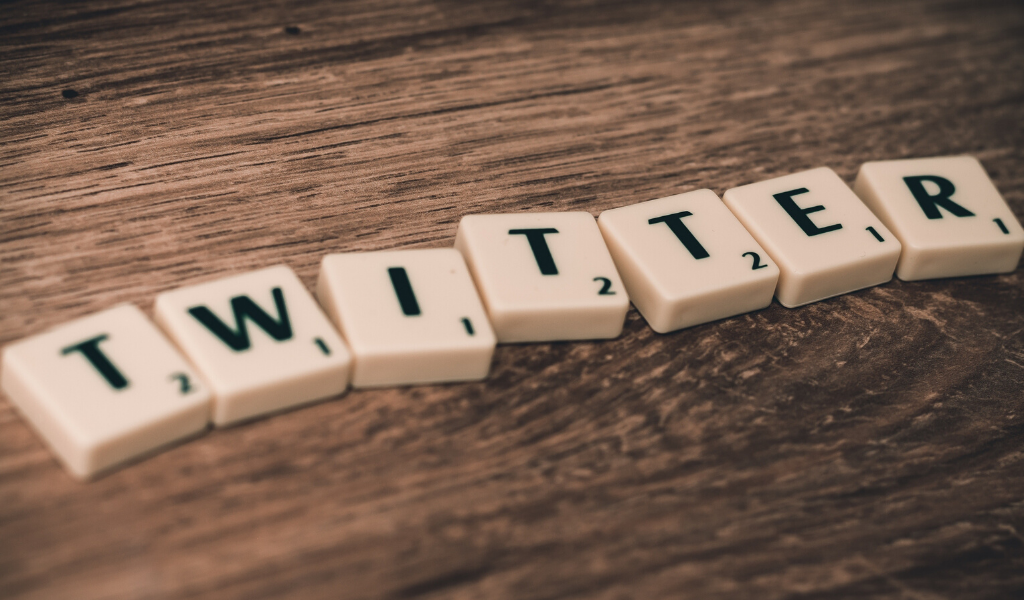 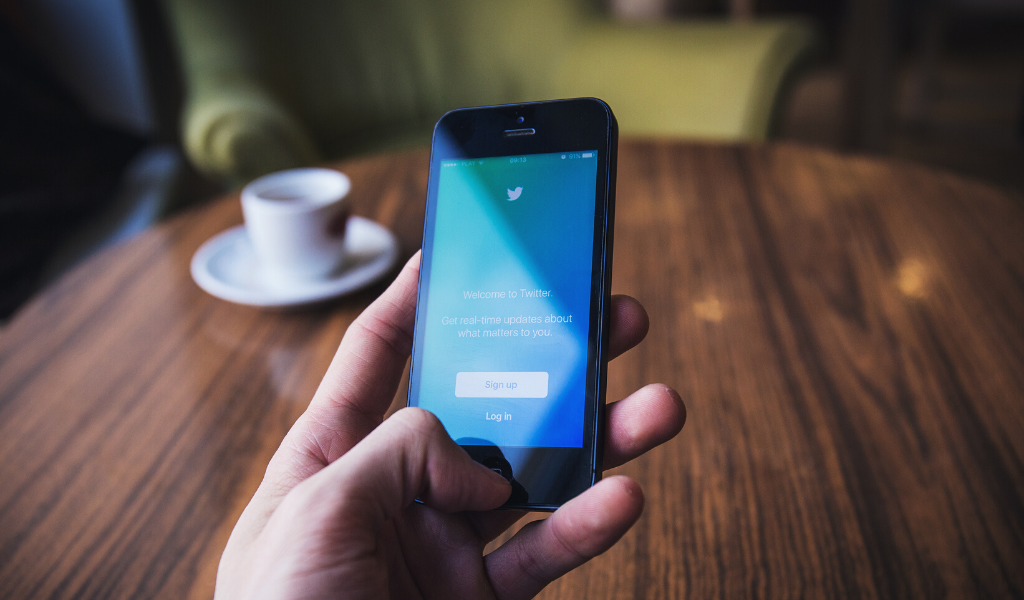 You’ve painstakingly written your articles, and set up your blog - but who will read your articles? How will you get your content out there? This fear you have is normal – I’ve never met a blogger that didn’t think this! The good news is that this fear is stupid and unnecessary. In this article, I’ll show you exactly how to get your first 1,000 followers on Twitter.

But Twitter is dying - so why would you promote your blog on it?!


Not so fast - did you know that Twitter has more than 300 million active users? There are more potential followers for your blog on Twitter than you’ll need in 100 lifetimes! Twitter is great, as you can create a following very quickly - I started from zero and got my first 1,000 followers in 6 weeks. I didn’t run any paid ads or buy any followers – my followers are all organic and love my content.

In this article, I cover the following:


And what if you haven’t got a travel blog? Then you need to go my guide on how to start a travel blog – it’s the best free guide on the internet. If you don’t like it, there’s a 100% money back guarantee!

Facebook has over 2 billion active users, so why do so many bloggers promote their blog on twitter? The reason for this is the same reason that Donald Trump uses Twitter – the social network was set up to get your message out there. Facebook is about keeping in contact with friends, LinkedIn is about staying in contact with colleagues, but Twitter is designed to get your message out to the world.

When someone follows you on twitter, it represents the lowest level of engagement that someone can have with your brand. To follow/unfollow a Twitter account is the easiest thing in the world - so users can be easily encouraged to follow your account. The hierarchy is as follows:

Because the barriers to entry are so low, it represents the best channel to introduce people to your brand. As long as you produce decent content on a regular basis, then people will follow you.

My personal opinion is that everyone should promote their blog on Twitter, because it is quick and easy to create a large following.

Every time you write an article, you should publish a link to your blog on Twitter.

Twitter is an immediate social network - if someone is not on Twitter when you tweet, then they will not see it. For that reason, you should regularly re-tweet links to older articles. Once you have 30 articles on your website, then you can tweet out 1 link to each article every day, and then do that on repeat.

If you have more articles, then you can Tweet more frequently. The more content you give to your followers the better - more people will engage with your blog and engage with you. It is difficult to Tweet too much, although space out when you send your Tweets – people don’t want to see 5 Tweets from you at one time.

I recommend to send tweets out, at the same time each day. The best time will depend on your target market. In general, people are on Twitter during their morning commute and evening commute, i.e. 9am and 5pm in most locations. My suggestion is to start off by Tweeting at this time, and then experimenting to see which time works best for you 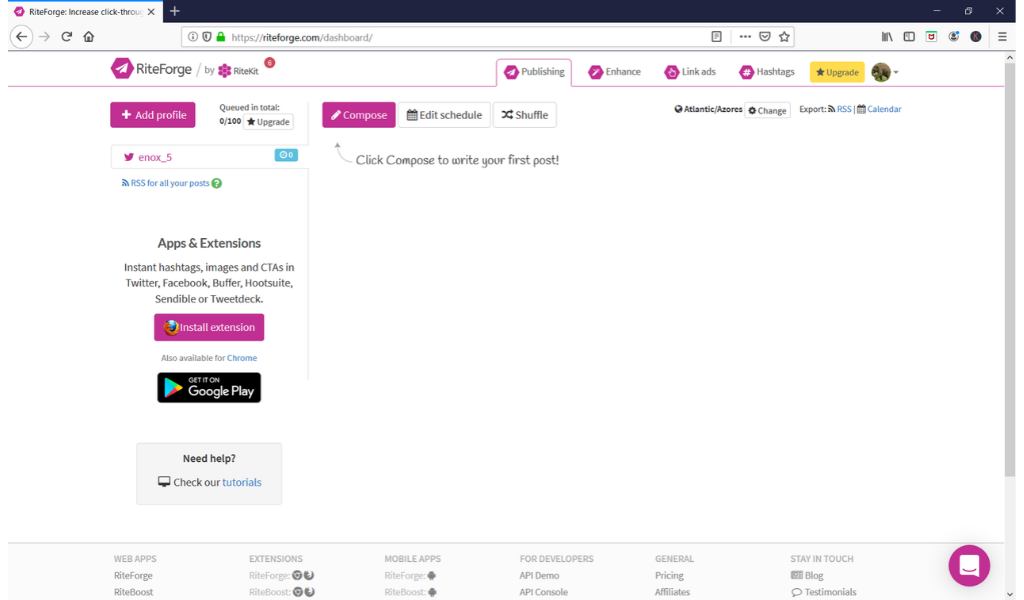 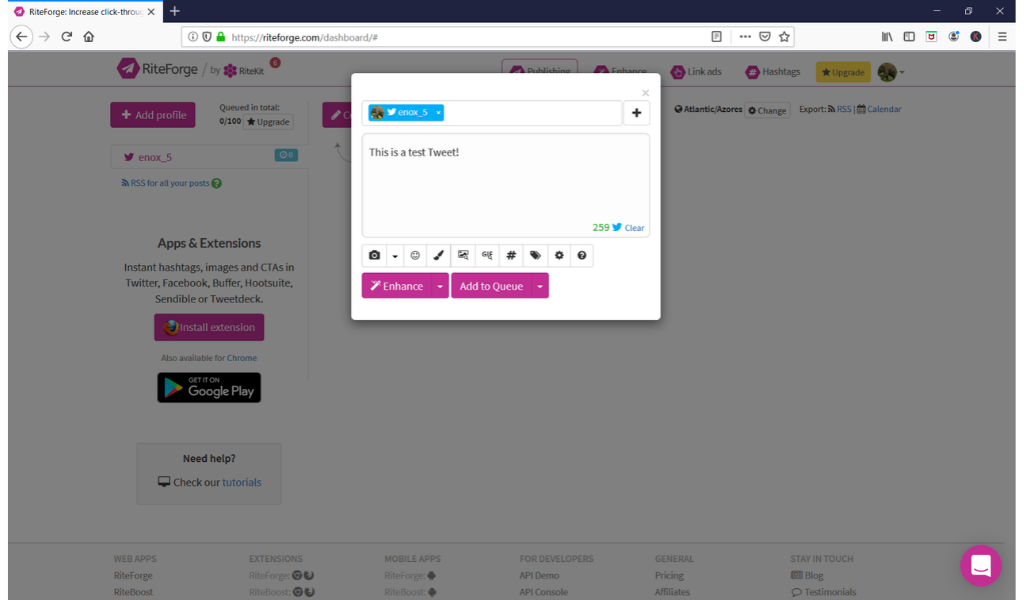 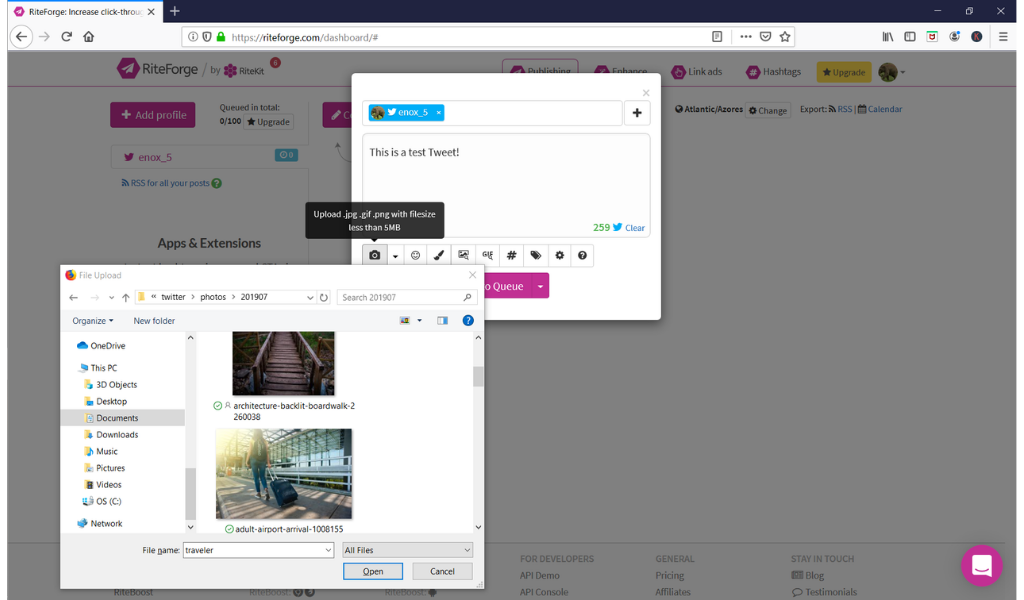 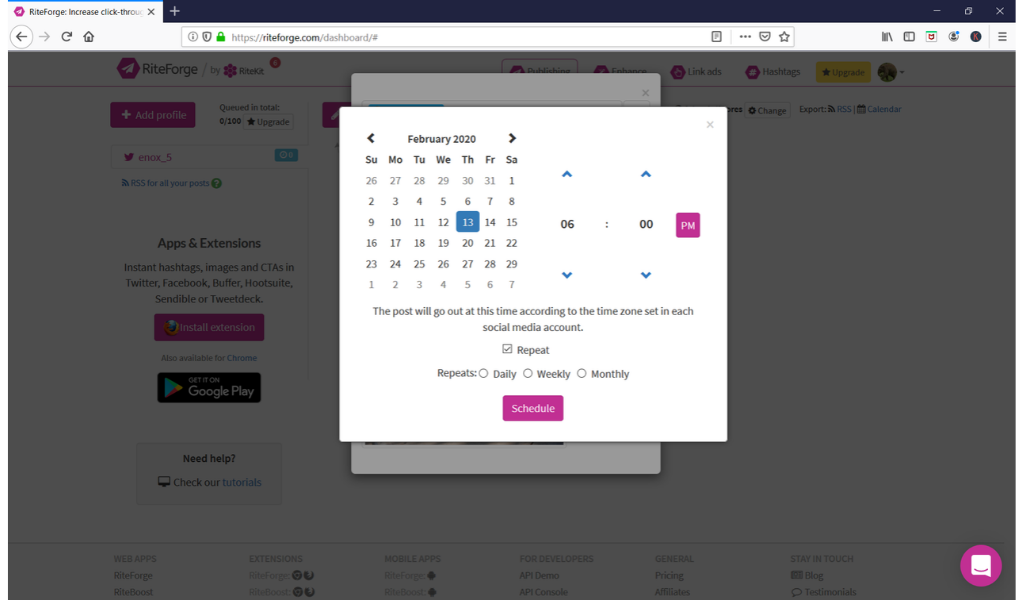 While I propose sending Tweets at the same time each day, what you don’t do is set an alarm and manually send Tweets – that would be stupid! You should use a tool to bulk schedule your Tweets, and automatically send them in the future.

I use RiteTag to bulk schedule my Tweets. Their RiteForge package allows you to schedule up to 300 Social Media posts at once, and it costs only $12/month. This is excellent value, and they have a free trial without you giving your credit card.

Full screenshots are shown in the above slideshow.

I carve out a time each week to bulk schedule my Tweets and I suggest that you do the same. By promoting your articles on Twitter you will grow your audience and get your content out there. To really boost your followers in a short time, I suggest you follow my Twitter growth hack, which I describe in the next section 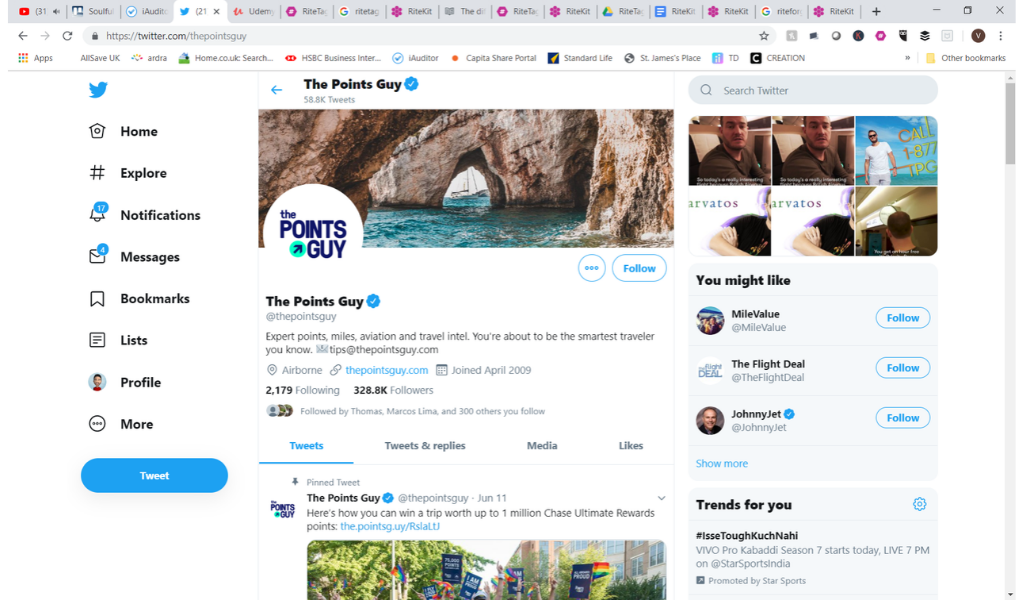 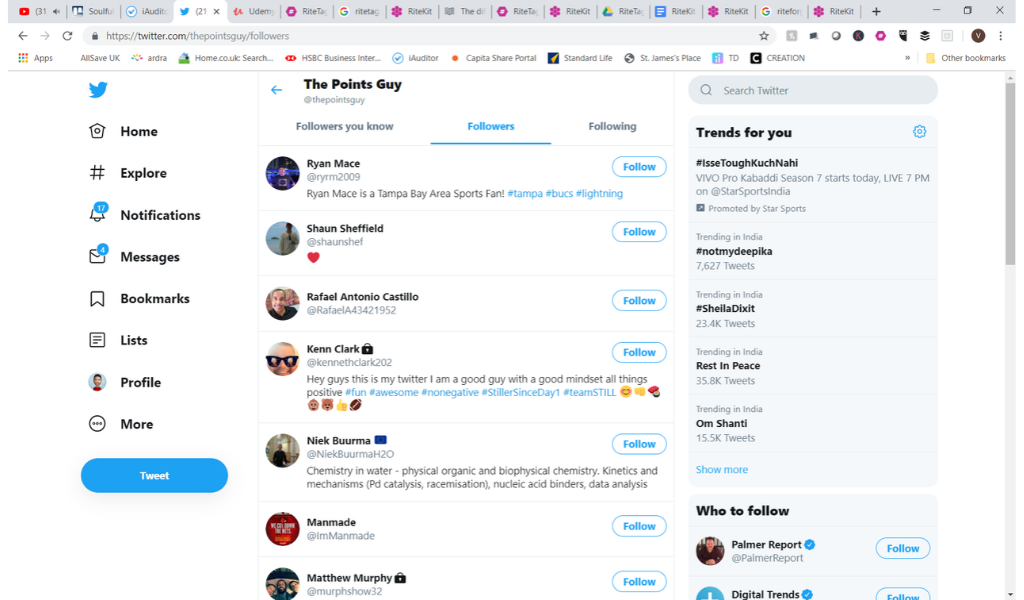 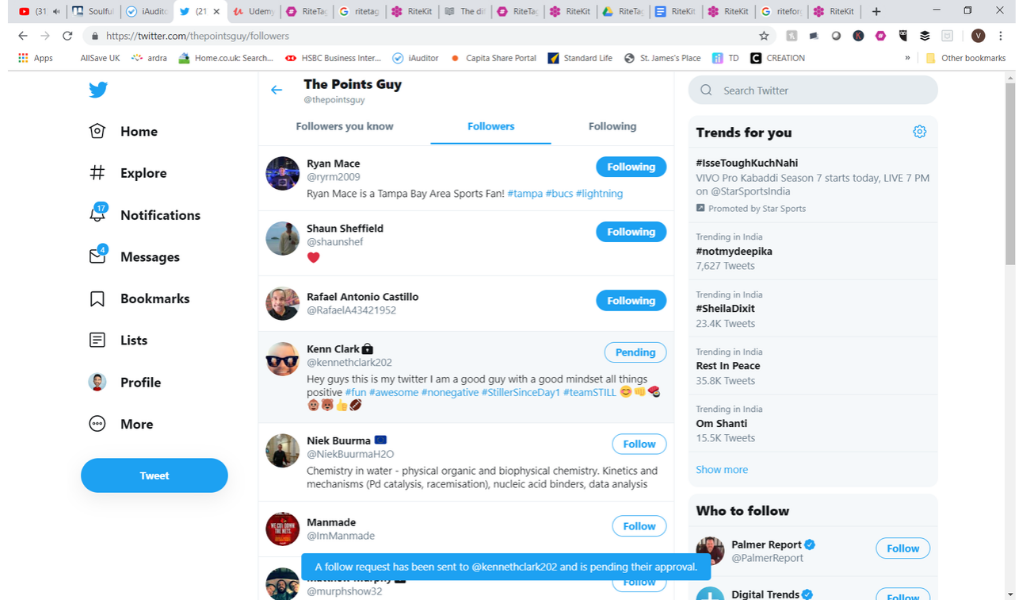 One of the great things about Twitter is that you can easily find members of your target market, and get your content in front of them for free. So where is the target market for your travel blog? There is a good chance that they are following The Points Guy or Condé Naste Traveler.


Full screenshots are shown below.

Wait 1 week - If someone doesn’t follow you back, then unfollow them. Follow my growth hack to promote your blog on Twitter, and you should attain 1,000 followers in 3 months.

Use RiteForge for multiple Social channels 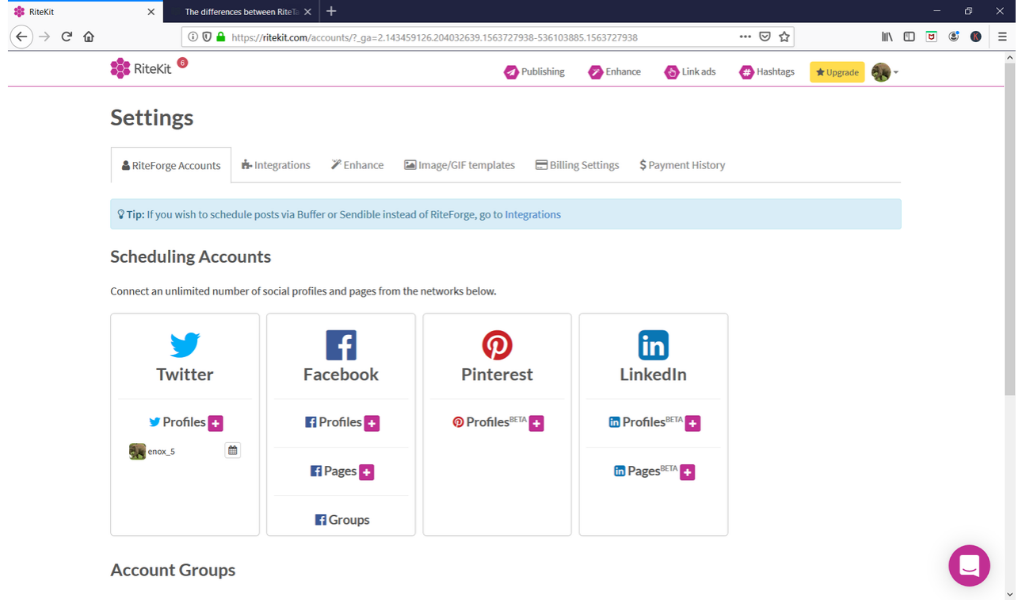 For these social networks, I suggest you copy your Tweets and post the exact same content on the other social channels too. You will thereby be promoting your blog on 4 social networks every day.

The number one thing that stops people setting up a blog is the fear that nobody will see their work. The majority of people will never get past this fear! By reading down to this point, you have seen how easy it is promote your blog on Twitter and quickly gain a following!

Please apply my advice and let me know how you get on. Leave a comment in the section below – I do my best to reply to everyone!

Thank you so much, I have found interesting things here War brokers