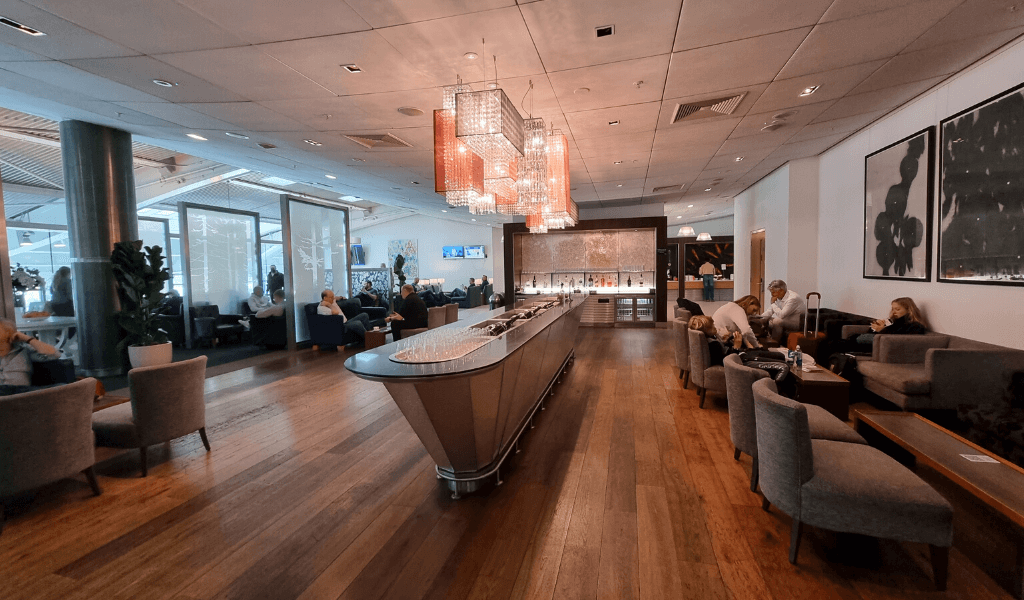 There are three British Airways Business Lounges in Heathrow Terminal 5. This review is for Lounge 5B, which is in the satellite terminal. You need to take the monorail to get here. British Airways normally operate their Long Haul Flights out of 5B and 5C. Lounge 5B is the smallest and the quietest of the three lounges. It also has less natural light.


The lounge experience is similar to most BA lounges. Beautiful design, lots of alcohol, but limited food. If you can look beyond the food, then it’s a good experience. As a veggie, the only hot option was porridge! There isn’t much more for meat eaters either.

I got to meet a very friendly Texan. He was blind and works as a lawyer. He also showed me his gun license and video of him hitting the target, 5 times out of 5!

In Heathrow Terminal 5, the other two Business Class Lounges are in the main building. They are the North lounge and South Lounge. I’ve reviewed both lounges in the past. The North Lounge is the 1st BA lounge that you will see, once you past security and turn left. The South Lounge is a further 10 minutes away and is much larger. It’s next to the First Class Lounge and the Concorde room. 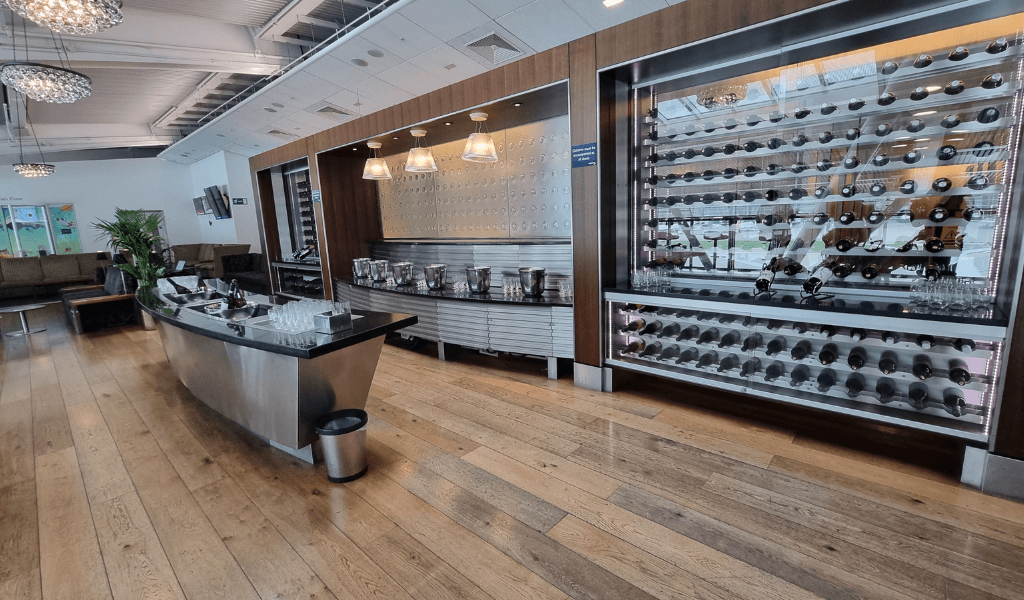 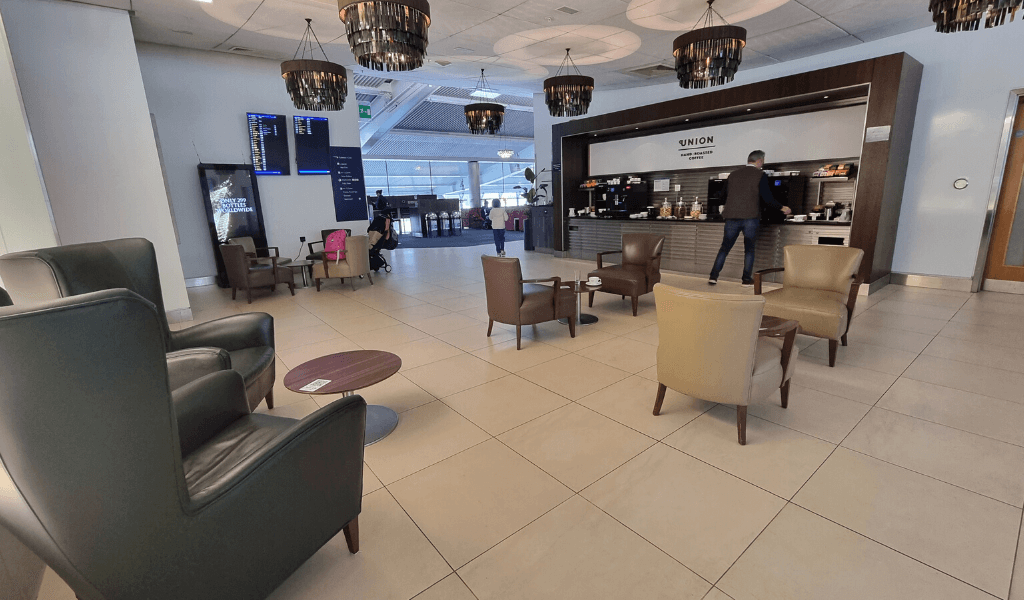 What Could be improved 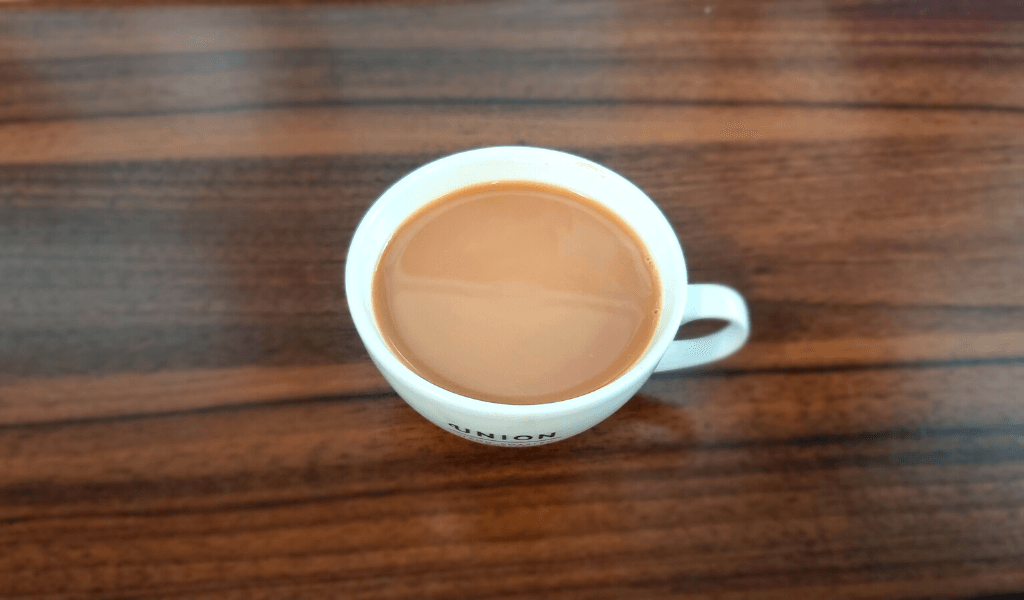 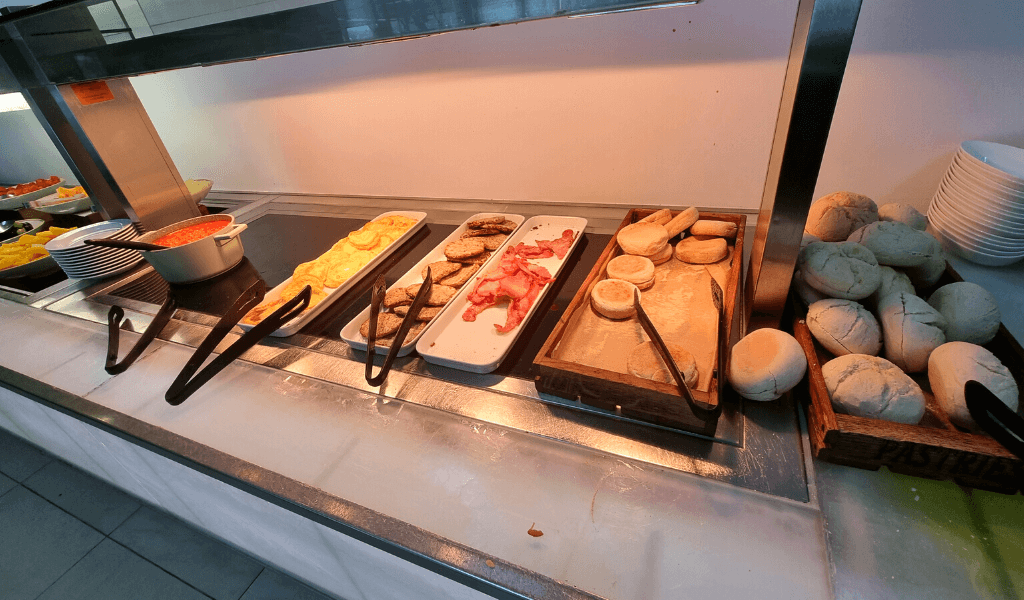 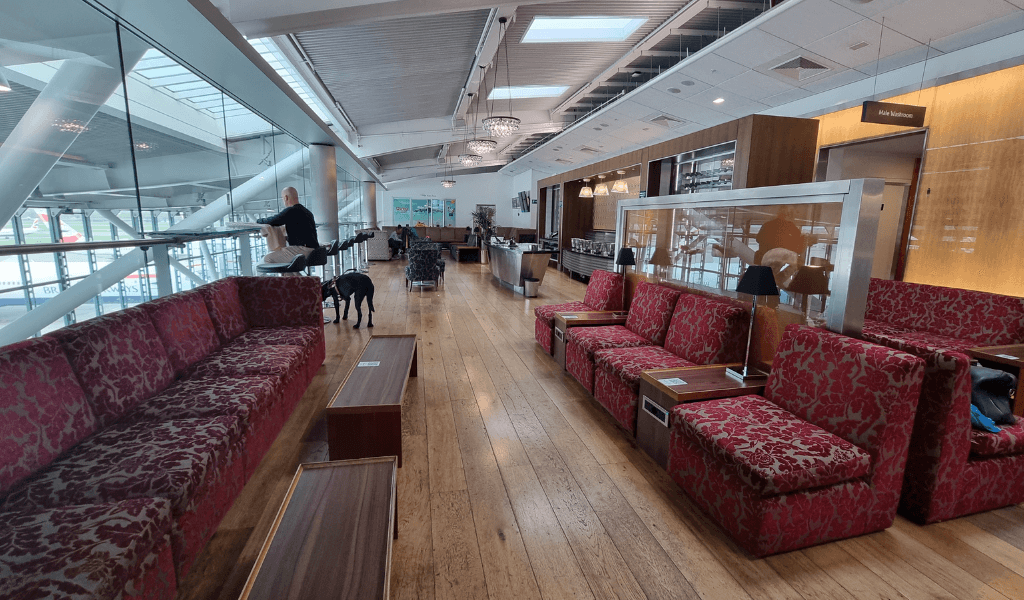 The following people get into the lounge:

Avios are the air mile currency for BA, Qatar, Aer Lingus and Iberia. You can also use your Avios for Oneworld partners. There's loads of ways to earn Avios and to attain status with BA. You can transfer points from AMEX, Chase and Marriott Bonvoy.

The loyalty program is very user friendly. The downside is that a lot of people fly with BA and have status with BA. So the lounges can get busy. 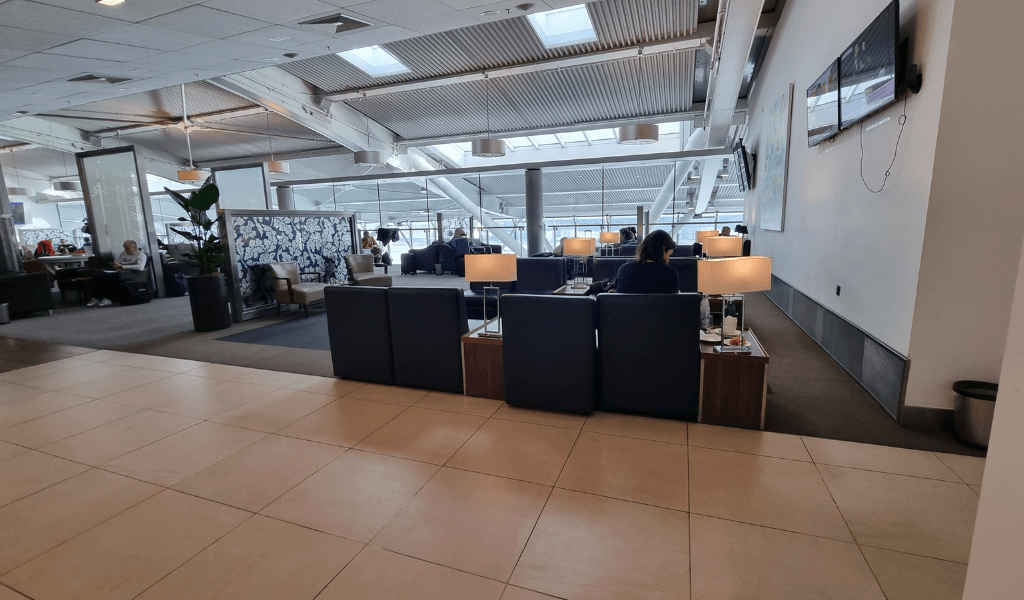 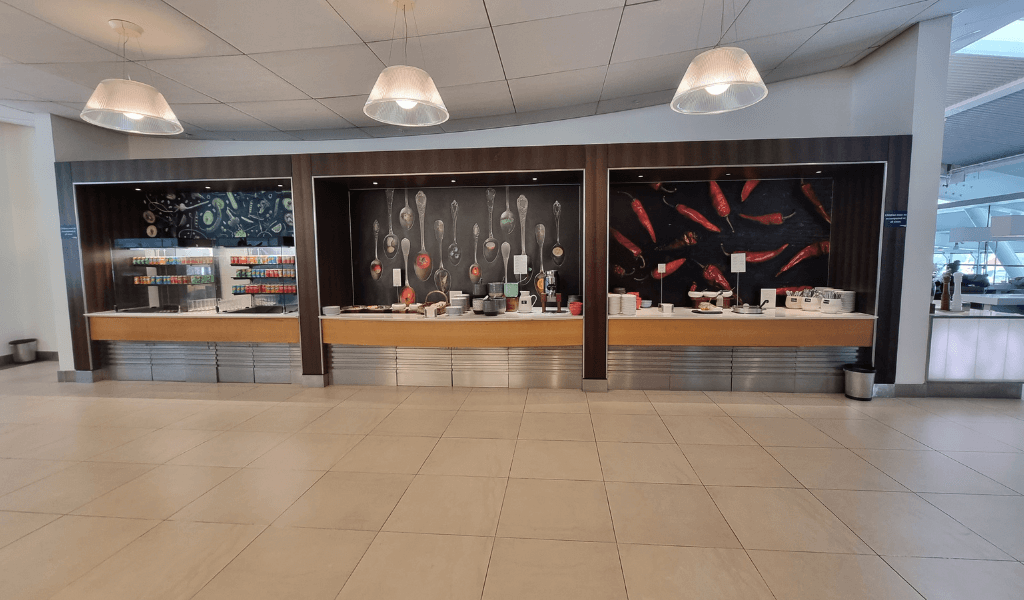 The British Airways Lounge is in Satellite Terminal, 5B. I was flying from Terminal 5C. So I saw this as my chance to review the lounge! I’ve already reviewed the North and South Lounges in the main building. To get to the lounge, you take the monorail from the main terminal building to 5B. To get to 5C, I had to take another monorail.

British Airways fly their long haul routes out of the satellite terminals (5B and 5C). The short haul routes leave from the main terminal building.

The lounge in 5B had the following features


This lounge is medium sized. It's much smaller than the lounges in the main terminal building. It’s also much quieter. For this reason, it’s the favourite lounge for many people.

The design of British Airways lounges is genuinely stunning. Low mood lighting, classy furniture, soothing music and light wood tones. It captures my mood perfectly when I’m in the lounge. I’ve normally woken up early. I’m tired, but looking forward to my trip.

There are coffee stations dotted around the lounge. There’s also self-service alcohol stations. The way that BA serve alcohol is especially classy. They have beautiful counters to display their wine and separate counters for their spirits/beer. It’s a lovely way to showcase their drinks. The lounge is in the centre of the terminal building. This means that the natural light is very limited. It’s not a good lounge to plane watch.


There are other lounges in Terminal 5 Heathrow. There is the Club Aspire Lounge, which can be accessed with a Priority Pass. There’s also the Plaza Premium Lounge. 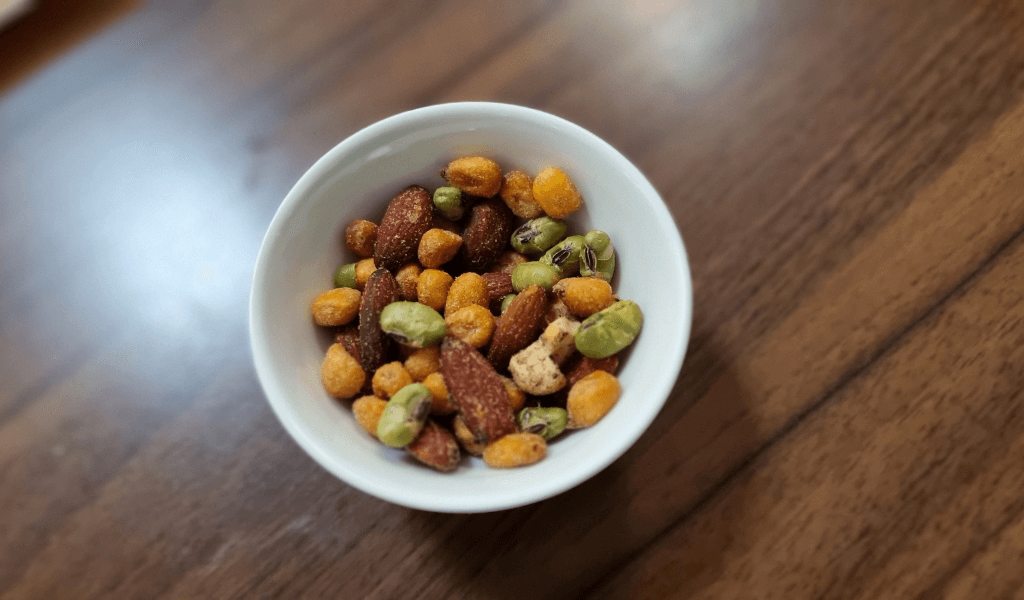 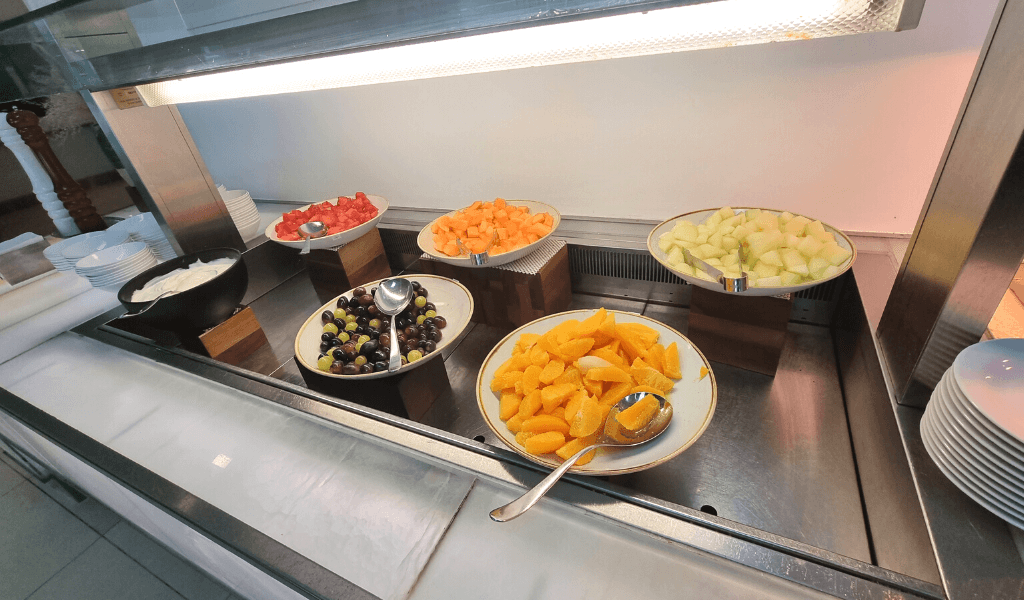 Food is one area where British Airways Business lounges fall short. That being said, I’m used to it now! I was there for breakfast, and the following was available:


That's it. I don't know why they don't offer a full English Breakfast. BA should do a better job of showing off local cuisine.

I had the porridge - which is what I always get in BA lounges. It was pretty good, as I lathered it with maple syrup! The lack of variety is a problem for me. It means that I don’t get full up at BA lounges. I can’t exactly have three bowls of porridge for breakfast.

The sausages looked awful and dry. The bacon looked ok. BA provide rolls, so you can make your own sandwich. 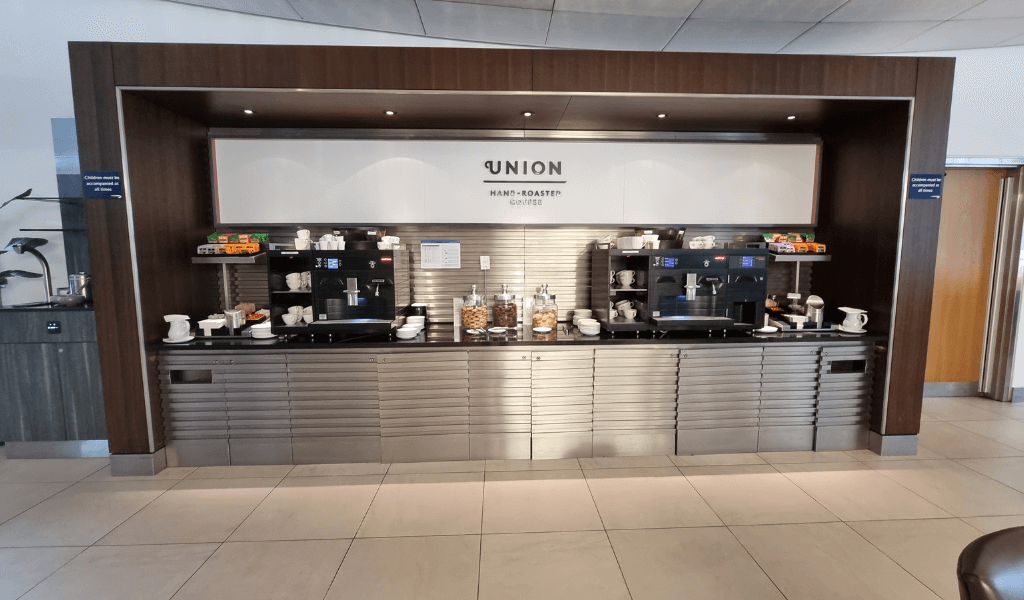 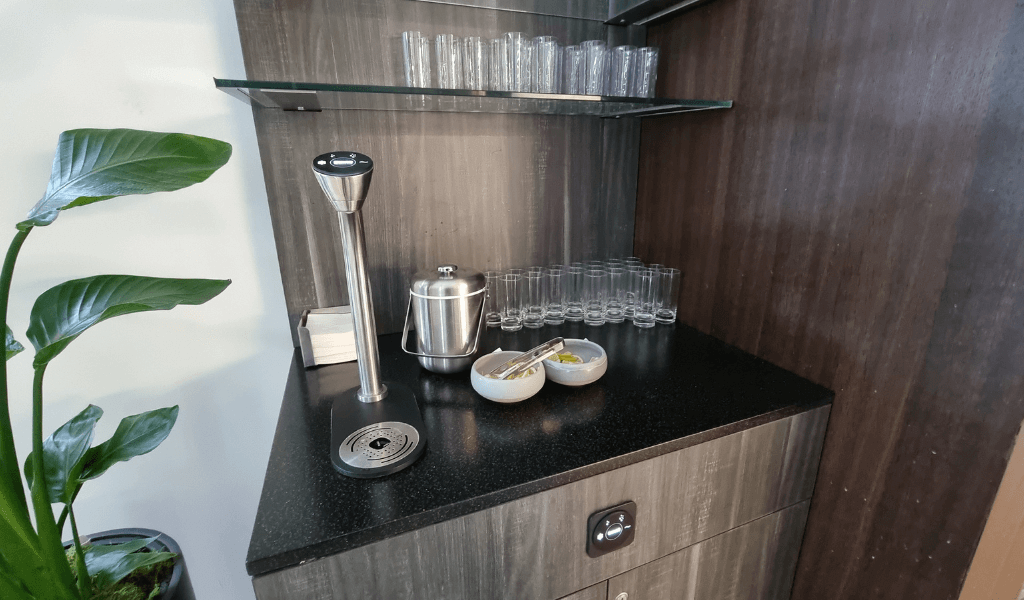 You won't be short of drinks in this lounge! BA make a lot of effort in the presentation of alcohol. They have beautiful stations for wine. They also have separate bars with premium spirits. These self-service locations are dotted around the lounge.

The lounge has 3 tea and coffee stations. They were identical, each with two coffee machines.

I had an English Breakfast tea. BA use Twinnings tea in their lounge, which is a brand I don’t like. I’ve complained about this a lot in the past. I’ll save you that experience on this occasion! Britain is famous for its tea. It would great if British Airways could showcase that.

My wife had a coffee from the machine. She said it was awful. My wife has been to many BA lounges. She always gets the coffee and always says it’s awful. At some point, I need to blame her and not BA!

British Airways’ Lounges divide opinion. This lounge in Terminal 5B is no exception. The food options are limited and disappointing. That being said, everything else is pretty good. The lounge decor is stunning. The presentation of the alcohol is beautiful.

It’s all about having the right expectations. If you expect to be fed like a king, then you’ll be disappointed.

There are two other British Airways Business Lounges in Heathrow Terminal 5. The biggest one is the South Lounge – review here. That lounge is massive. It’s BA’s flagship business lounge globally. Unlike this lounge in 5B, there are runway views and lots of natural light. It’s a 15 minute walk from security to the lounge. Which is a pain!

The other Business Lounge in Terminal 5 is the North Lounge – review here. This is the 1st lounge that you will pass, after you go through security. This lounge has tons of natural light and floor to ceiling windows. Sadly the food is same as the other lounges.

I reviewed British Airways Club Suites. This is British Airways fabulous Business Class. Each suite has a flat bed and a door for privacy. I had a terrific flight. The food and drinks were awesome. The crew were also friendly.

I also had a good experience with British Airways Short Haul Business Class. Review here. I flew Club Europe from London to Amsterdam. The food was tasty and fresh. They also fit in a full bar service during the flight.